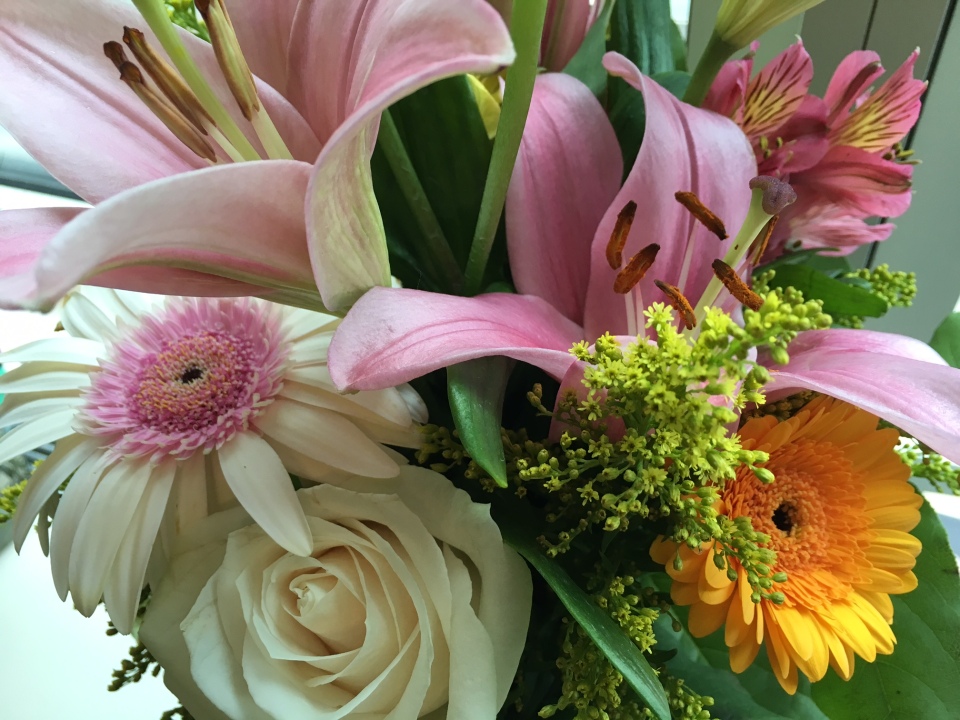 Happy August 1st! New month, new life. Tomorrow I finish round five and get one more round of semi-freedom before round six… Then ultimate freedom! I hope. And pray. Fingers crossed, knock on wood. Yes, I actually knocked on wood just now. Three weeks from tomorrow, I’m outta here for the last time (and I better be)! Staying positive and remaining confident. 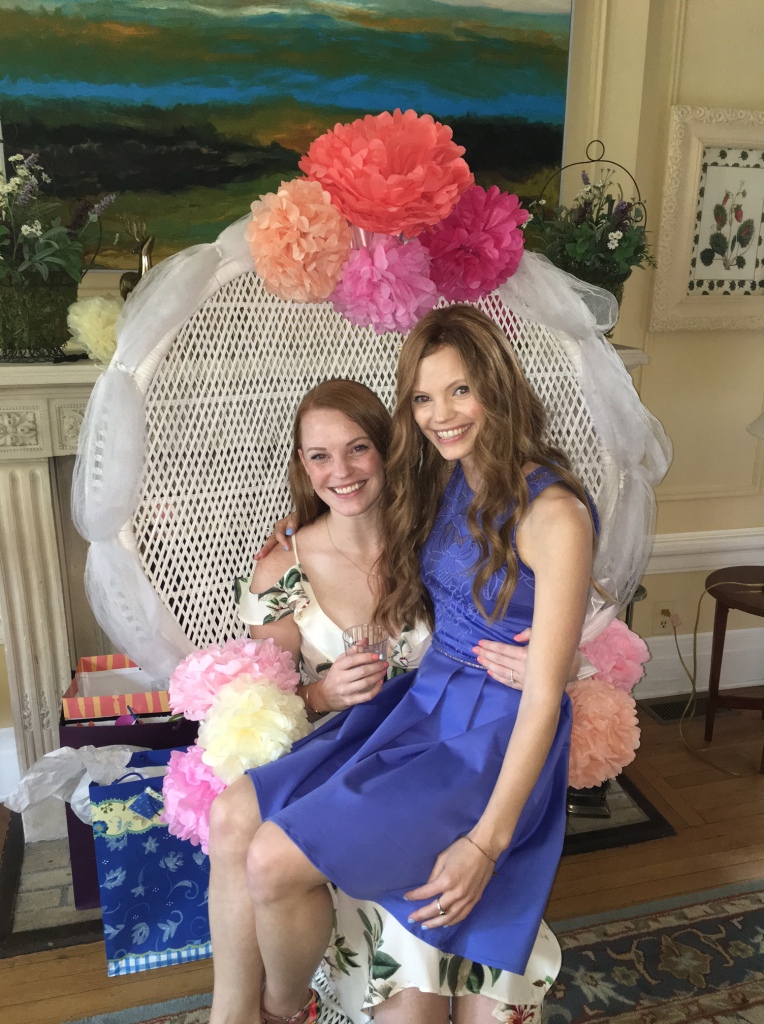 Leanna’s shower was a success! Thanks to many helpers, but most of all thanks to the hostess with the mostess Linda Winther, with whom I somehow managed to get not a single picture ?

So, I managed to go through the entire month of July without a single post. That’s not because I was in rough enough shape that the entire time I couldn’t manage to post. I’ve been busy, and a lot of the ‘busyness’ was good stuff, like my sisters bridal shower, which was a beautiful success (phew!). But to be fair, I have also had plenty of days where writing a blog post seemed as daunting as climbing a mountain. I had more side effects. Side effects on top of side effects on top of side effects of treatment to mitigate other side effects. And a head cold on top of it all. And I managed to strain a back muscle the evening before my sisters shower… At first I experienced chest pains which sent me into minor panic mode. But I lay down and the pain transferred to my back and I realized, yes, I had stupidly lifted a very heavy bag of groceries full of liquids into my car that evening. Crisis averted, but I had yet another source of pain to push through. 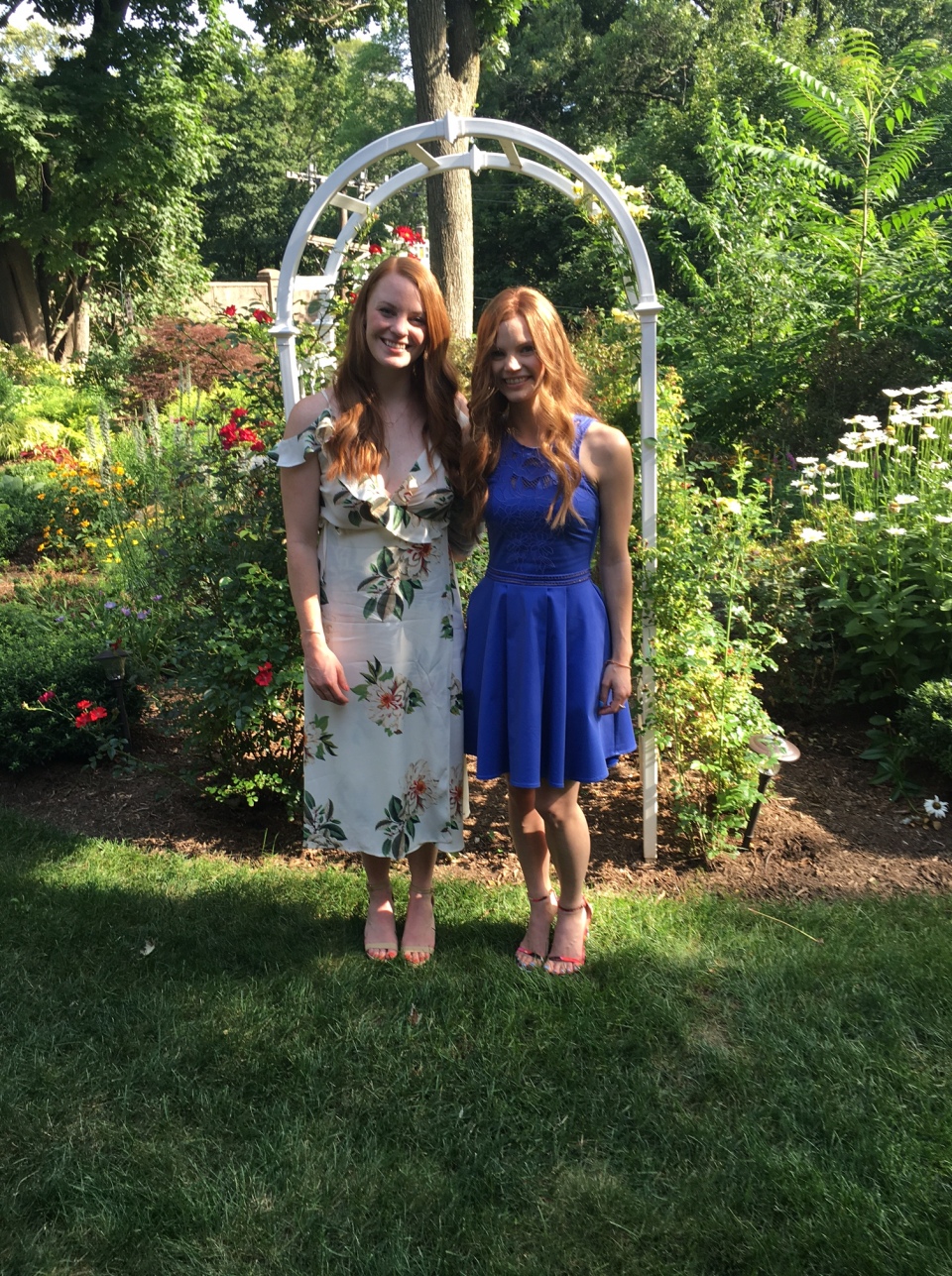 Garden party vibes. My sis is gonna be a gorgeous bride!

Anyway, writing blog posts is not going to happen when I’m in my chemo brain fog, in part because the Virgo perfectionist in me will not post dross written in a substandard frame of mind. And partially because at a certain point it seems like just another chore. As fatigue sets in, chemo brain gets worse. Focus and concentration go out the window. The simplest tasks become onerous chores. Even reading is too difficult a task. So I just #Netflixandchill. Thanks to binge watching, one thing I have managed to accomplish is catching up on a lot of tv shows. Which is sad, because I actually do like writing the blog. And reading. And researching. And getting things done. But I’ll get through this, and then I have the rest of my life to write this blog and do whatever the heck else I want to do. 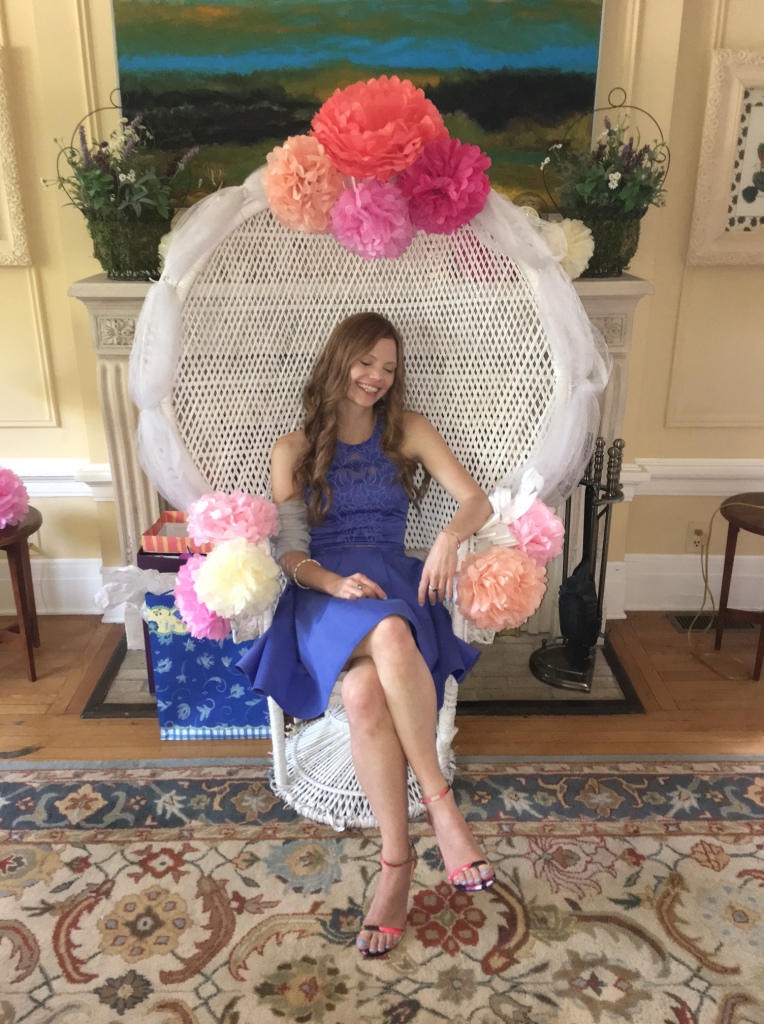 It’s a wrap! Shower came together, I made it through in spite of back pain and exhaustion phew

Mathematically speaking, my magic elixir should have done its job after round three, then served as clean up crew in round four. Rounds five and six (chemo) are, I suppose, to make sure my system is REALLY clean – the kind of clean you get after washing your hands so many times they start to bleed perhaps- but hey, clean nonetheless. Of course, I have no clue what’s actually going on in there at the moment, and I won’t get another scan until about four weeks after treatment, because the scans themselves expose me to radiation and we can’t have too much of that. So I must just wait and pray and stay positive and trust that treatment continued to be effective. The mathematical odds are in my favor.

Today im feeling good. So far. But in truth, the reality is I’ve had a rougher round this time. The loss of appetite hit as soon as I got to floor 10 on Friday. The floor nobody ever wants to be admitted to. The floor on which I’ve spent far too much of my summer, trapped in a world without season. My appetite has been up and down, better in the morning and progressively worse throughout the day. It’s such a strange phenomena – food becomes utterly repulsive, yet it comes in waves. One moment I have a small appetite and get my food all ready to eat, and the next the mere thought of food brings on a wave of nausea. So I put off eating. My body wants the nourishment, but it can hardly stomach it. Even water tastes bad, and anyone who knows me knows how much I love my water. Fortunately I have been able to eat some things and keep it down, but the moments of misery in between have been more pronounced and prolonged this round. Yesterday was too soon. Too early in treatment. It usually doesn’t happen until the end of my last day. Today, so far so good. But we shall see. 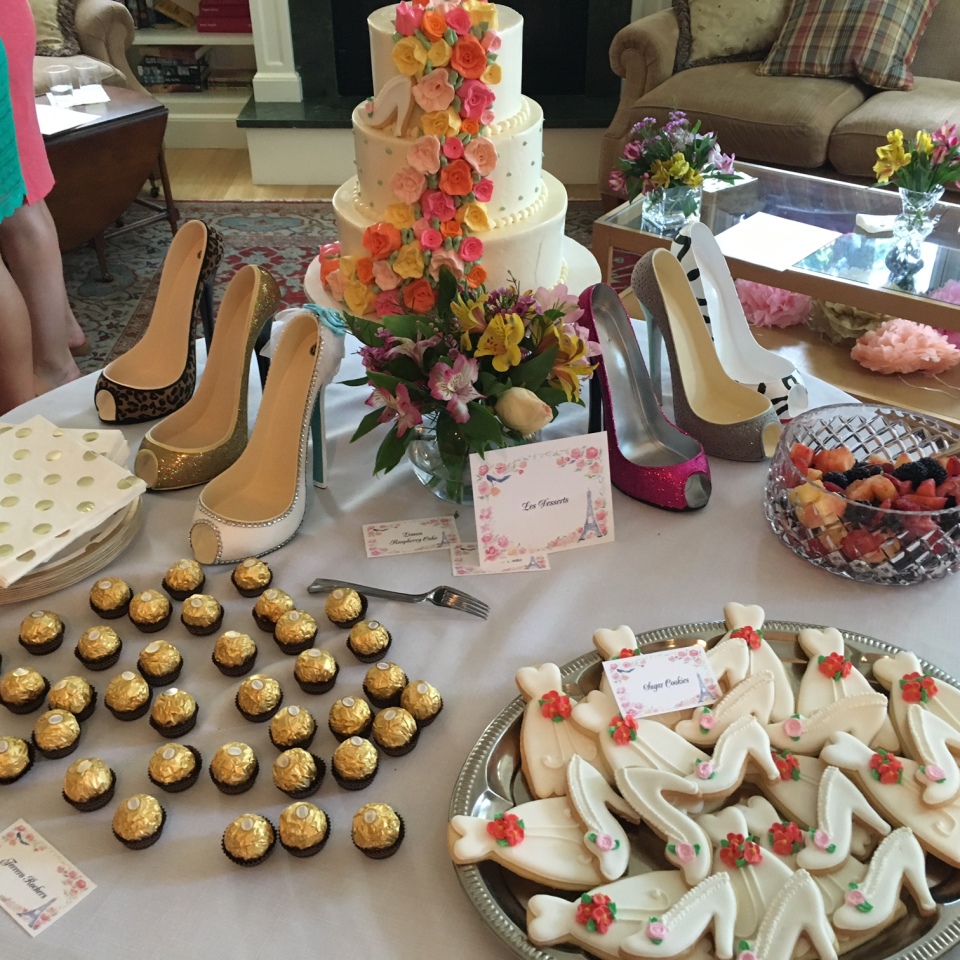 Cake cookies chocolate and shoes…. These are a few of my favorite things (and my sisters! ?). Looking forward to wanting these things again…

Saturday was a good day. I had lots of visitors and had the energy to keep up. It made the day pass very quickly. Yesterday I was exhausted though. I hadn’t slept well and hardly got out of bed. Today I woke up feeling more refreshed and alert than I have in a while. Go figure. But I’ll go with it. Maybe I’ll walk out of here tomorrow without my breakfast making a second appearance as it has the last two rounds. Maybe tomorrow I’ll go home and won’t suffer from the proper post-chemo nausea I had the day I left rounds three and four. Maybe this week I will actually want to eat normal food, not just almonds and pretzels and eggs with nutritional yeast.

Maybe, but who knows. Tomorrow is another day and it’s just day by day. And right now I’m gonna go read. Because I feel alert and I’m quite enjoying the book I’m reading. And I’m gonna eat my almonds and pretzels and protein powder in almond milk. Because right now I can stomach it. And gaze upon the beautiful flowers my lovely visitors brought. Because you need a little beauty to get you through. 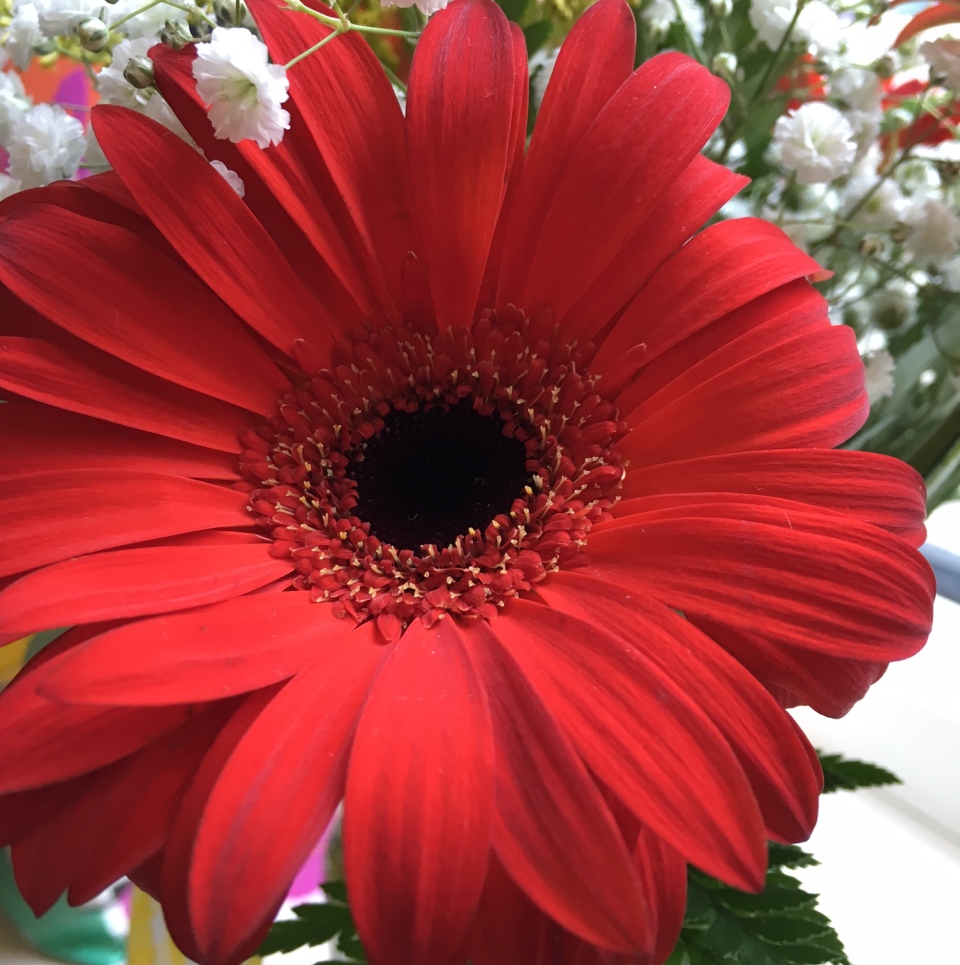 Your message has been sent. We'll contact you shortly